I got this launch edition 1989 Nintendo Gameboy at a yard sale for $1 and decided to restore it and clean it up. First, I needed to re-solder the battery connectors to the PCB so it would start up. Then, I cleaned out the cartridge slot so it would actually load games. The yellowing on the case was pretty gnarly, so I took it fully apart and used the hydrogen peroxide + UV light method to reverse the ageing. It worked great!

The basic chemistry of it, as detailed in the retr0bright project page, is that there was bromine added to the ABS plastic to act as a fire retardant. Over time and exposure to UV light, the bromine finds its way to the surface, lending the yellow cast. Hydrogen Peroxide, and activator, and more UV light finish the job and allow the bromine to fly free, leaving the surface of the ABS entirely. 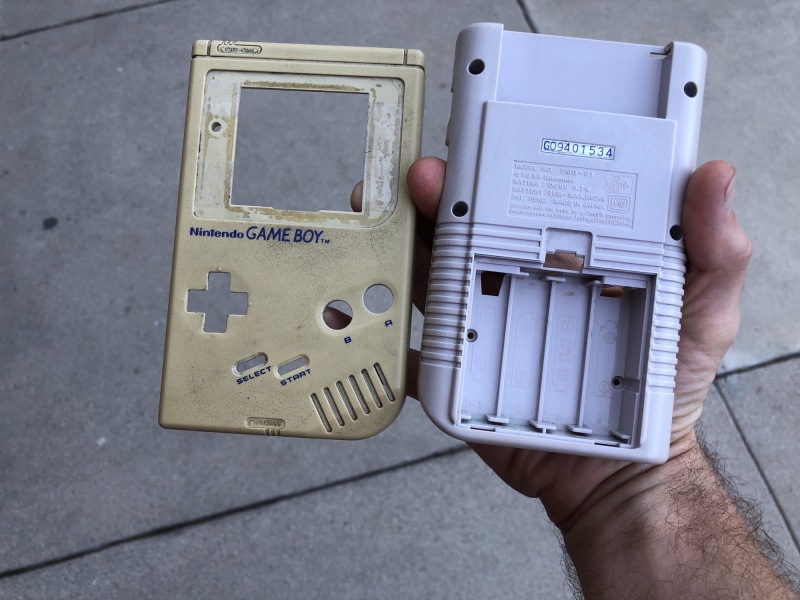 You can search for the exact method and different recipes online, but you essentially need a high-ish concentration hydrogen peroxide — here I’ve got 20 volume which is 6% concentration — and an activator such as Oxy and something to thicken it. People call this Retr0brite. It turns out that salon-grade hair “bleach” has all of the necessary ingredients rolled into one bottle. 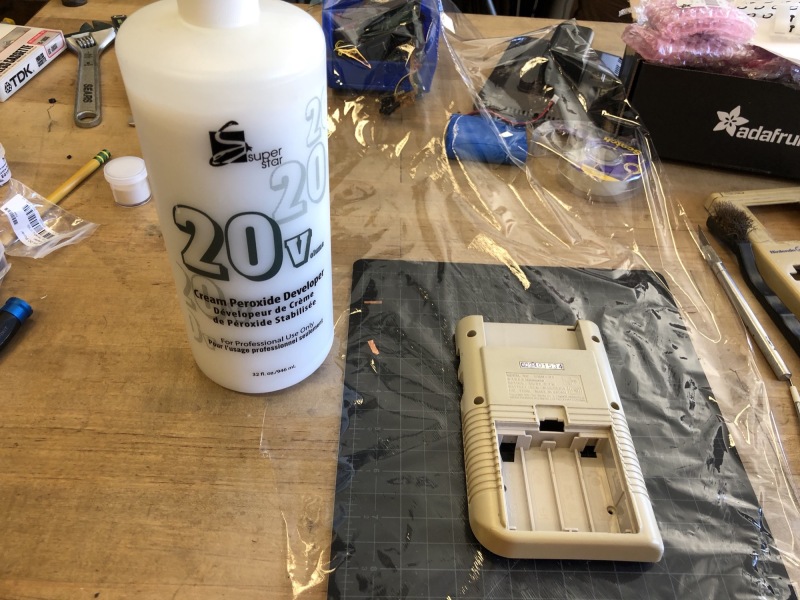 Paint it on (after cleaning the case with water and rubbing alcohol and more water), seal it up in cling wrap, and put it in the sun for six hours. 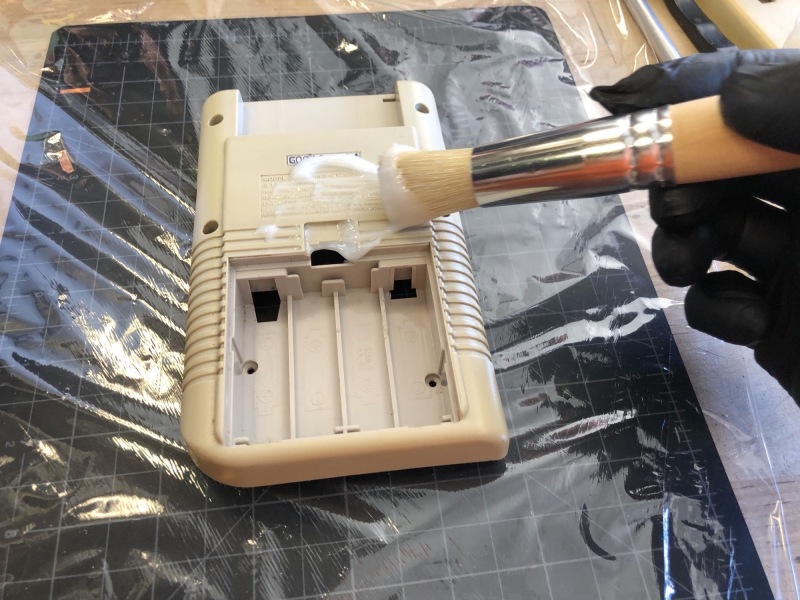 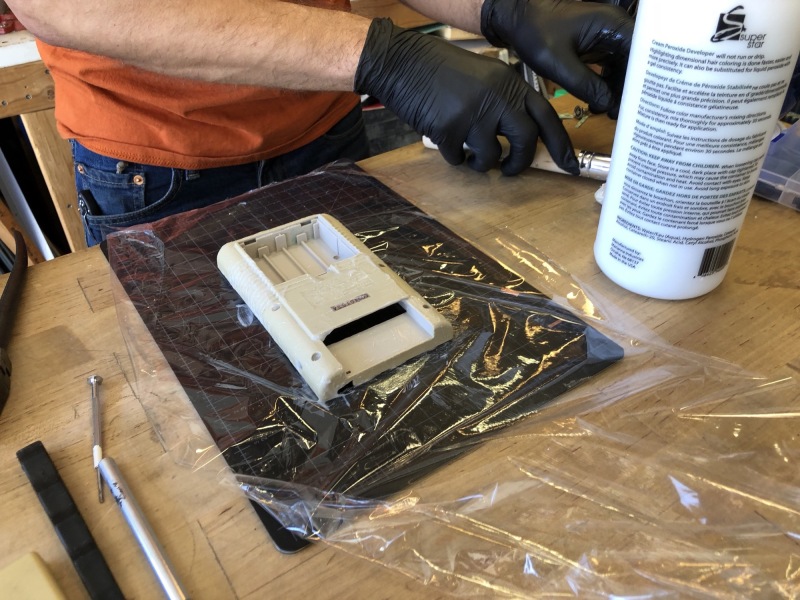 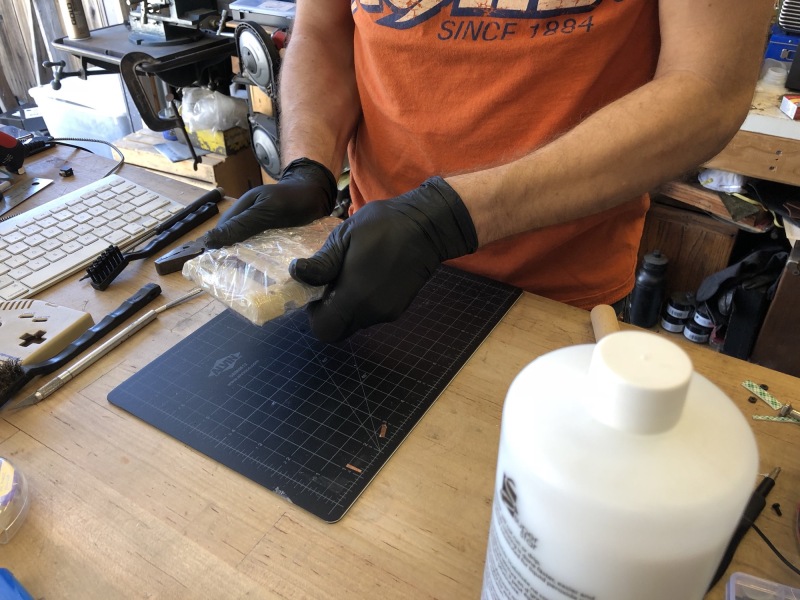 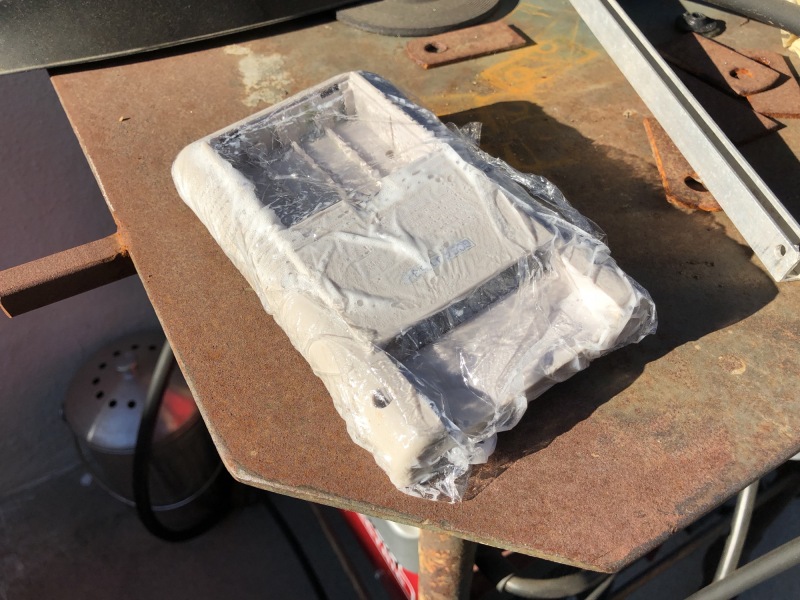 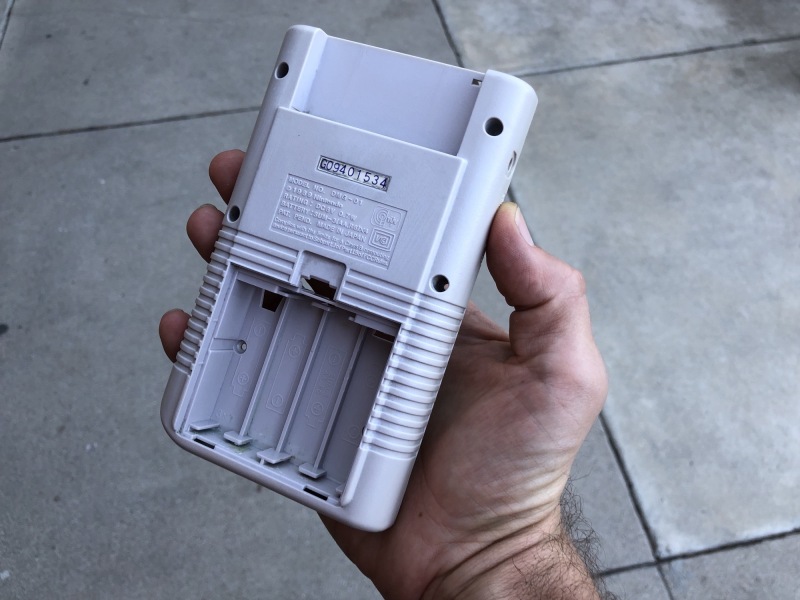 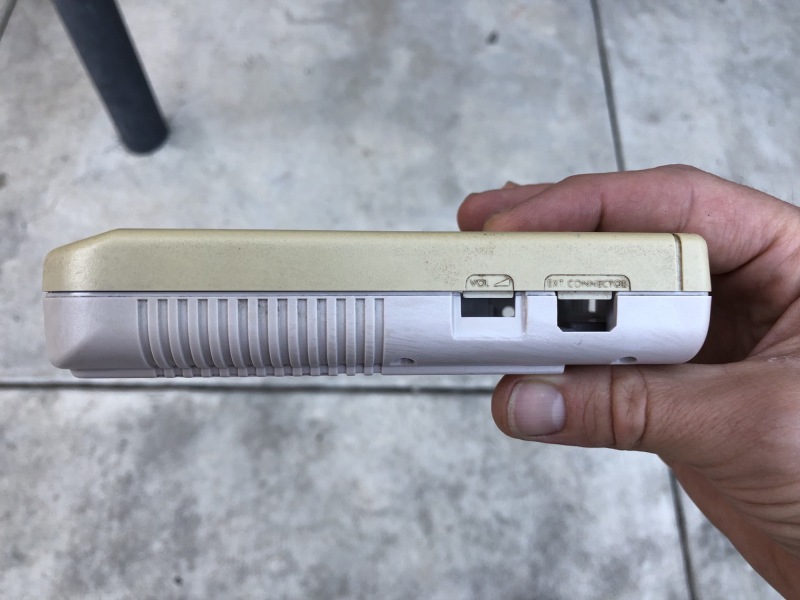 Here, I’ve gotten the top half going. I didn’t leave it in the sun for as long and may give it another shot to further remove the yellowing. 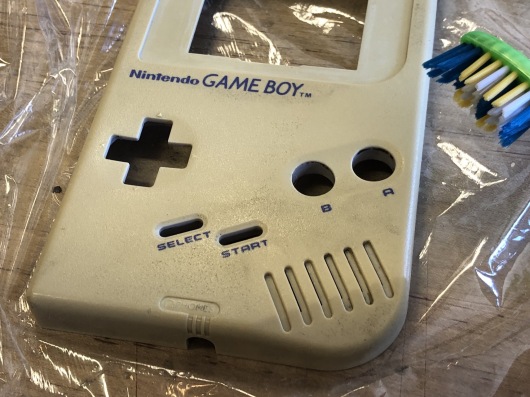 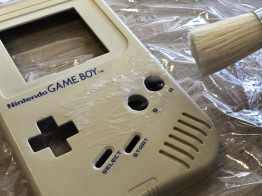 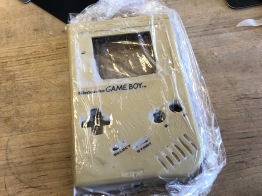 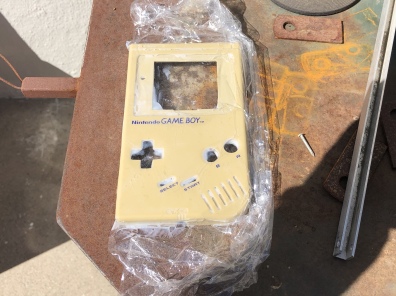 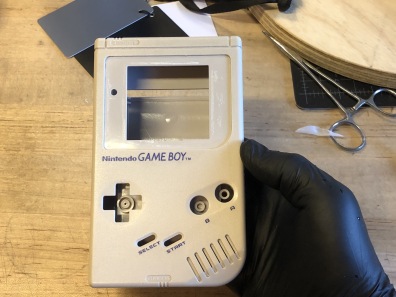 John Edgar Park likes to make things and tell people about it. He creates projects and videos for Adafruit Industries, Make:, and Boing Boing. You can find him online at jpixl.net, on twitter @johnedgarpark and on Instagram @jedgarpark and YouTube youtube.com/japunto

Thanks to @todbot for adding the crown -- due to an obscure technicality, I'm the new monarch.
The 8mu by @tomwhitwell pairs beautifully with the @1010_music Bluebox mixer/recorder.
A flare-to-flag re-emerges, but with some twisty legs. Thanks @kateminwegen or @covacova (not sure who sorry!) for the “Yeah!”
Dislocates at 102 degrees
Frute Brute acquired!
This @valsurf1962 sticker is rad